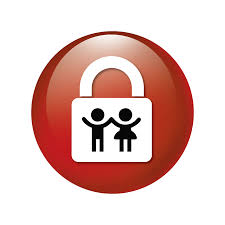 He doesn’t sit still and more often than not his father and I got to remind him to sit still and don’t move around as it’s not only dangerous for him, but for the rest of us too should the driver’s concentration goes AWOL. As a safety precaution, we always have the child safety lock in the car on, just in case the boy decides to fool around with the door or something.

Anyway, these days, my husband had started to carpool with his colleagues, and considering how hassle it would be if the child-lock is on, he stopped using the child lock once in a while. I for one, was not aware about it until I discovered that the boy could open the door from the inside one fine day. I was really shocked, but luckily no harm was done and we locked it up back immediately when we discovered that the boy could actually open the door from the inside.

Now… that was really dangerous, but then again, it could happen again as carpooling is rather unavoidable where my husband is concerned, and I can’t expect him to remember to use the child lock each and every time he fetch me and the boy. And my husband can’t exactly expect me to remember to ask him whether or not the child lock is on or not either, as it’s been years since we’re together and I never had to ask that question until recently, and the issue would most probably slip my mind rather than not.

I suppose it’s time to change parenting method, considering that at times, we not only uses our own car, but move around by using taxi and other people’s car too, which, unlike our own that’s secured with child lock most of the time, might not necessarily have child lock .

I think it’s time to let the boy know how dangerous it is to play with the door since he is old enough to reason with now. But I’m not exactly sure how to deliver the message to the boy. So, if you’re a parent with young children and always travel with your kids by car, what can you suggest to me?

Cleffairy: Have problem? Find solution. No point pointing fingers and expect that there would be any changes.